As an academic, he moved so much during the early part of his career that all three of his daughters were born in different cities. Hilary was born in Los Angeles in 1957; Shari was born in Washington, D.C. in 1961; and Miri was born in Seattle in 1965.

In 1970 Dr. Stern moved his family to Haifa, Israel where he spent his second sabbatical year as a Senior Post Doctoral Fellow at the National Science Foundation at the Technion. In 1985 he returned to Israel for his third sabbatical year as a Fullbright Fellow at The Hebrew University in Jerusalem. During these years in Israel, he collaborated with Israeli scientists, some of them becoming lifelong scientific collaborators and close friends. 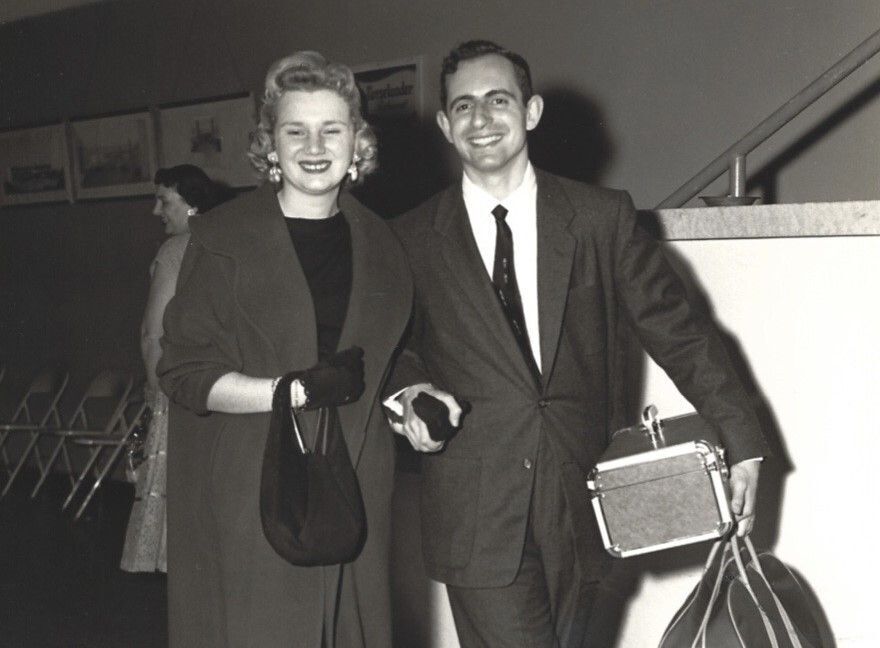 Dr. Stern would spend most of his work life at the UW—as a professor until 2000 and an emeritus professor thereafter. In his 35-plus years at UW, he taught countless classes and innumerable students, and focused his energies on the development of Extended X-ray Absorption Fine Structure, or EXAFS. His graduate students went on to prestigious jobs at US universities and research institutions.

Asked to sum up his career, Dr. Stern once said, “I was always interested in figuring out how things worked. When I was in high school, my mother asked a rich uncle to give me advice on a career. He told me to study mechanical engineering, which I did at CalTech as an undergraduate. I then got a degree in Electrical Engineering, but I knew that my true interest was in understanding how the world worked. So, I switched to Physics for my PhD and decided to follow my interests, even if it didn't lead to riches.” 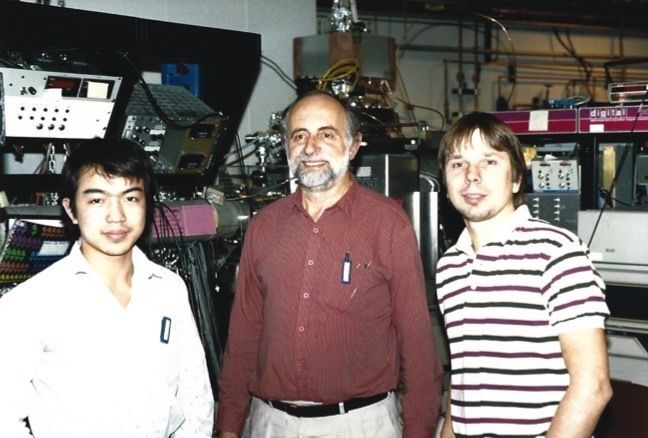 Dr. Stern with two of his grad students at the Advanced Photon Source at Argonne National Laboratory, where Ed Stern did his research, 1989.

His UW colleague, Dr. Gerald T. Seidler, explained Dr. Stern’s work thusly: “Early in his career, Dr. Edward A. Stern worked with his graduate student, Dale Sayers, and a Boeing physicist, Farrel Lytle, to correct a deep misunderstanding about the interaction of x-rays with matter, and in the process give the first theoretical description and also the first practical applications of a technique called Extended X-ray Absorption Fine Structure, or EXAFS for short. Dr. Stern and his collaborators proved that the absorption spectrum of a material in the x-ray energy range, as shown in EXAFS, could be used to identify the element-specific packing of atoms. This new ability to study local structure around an element of choice was revolutionary, and stood apart from the prior use of x-rays in structural analysis by scattering, a method that requires crystalline periodicity and averages over all atoms in a system, no matter their place on the periodic table.

The development of EXAFS, both in initial work by the team of Stern, Sayers and Lytle—and also in the decades of subsequent work by Dr. Stern, collaborators, and many other scientists around the world—opened completely new technical directions in numerous fields of chemistry, materials science, and environmental science, and even in a key problem for international relations: forensic studies to support efforts toward nonproliferation of nuclear weapons. Throughout this effort, Dr. Stern remained a leader in the field, organizing workshops, creating improved analysis methods, publishing more than 200 papers, and developing and operating equipment at large particle accelerator facilities that expanded the technical capabilities and scientific reach of the EXAFS method. EXAFS is now regularly used on materials as diverse as sediments from deep in the ocean, natural and artificial proteins for photosynthesis, and dust captured from the tail of a comet and then returned to Earth." 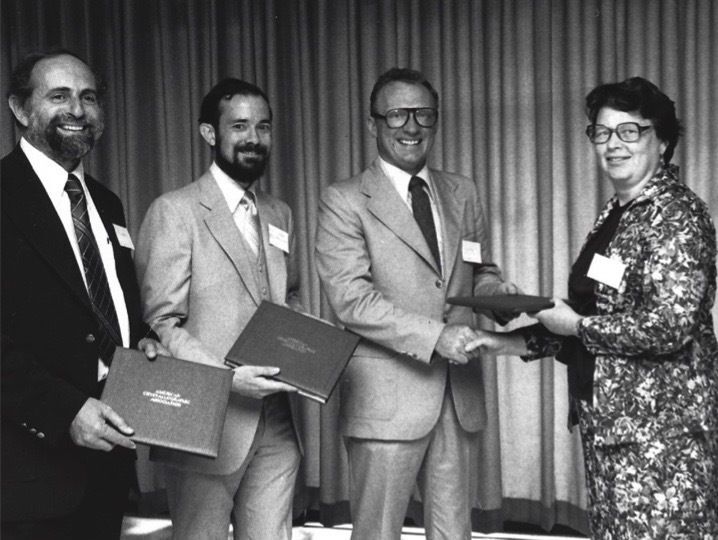 Dr. Seidler concluded: “Dr. Stern’s central role finds him considered as the intellectual grandfather of EXAFS, a recognition reinforced by the decision of the International X-ray Absorption Society to name their career achievement award in his honor.”