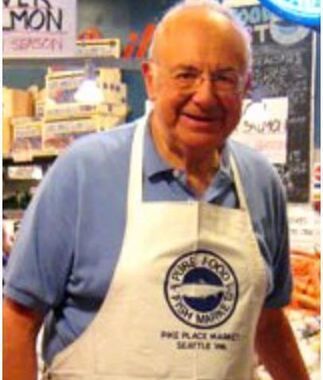 Known as "the Cod Father" and the "King of the Market", Solly took over Pure Food Fish from his father Jack Amon in 1956, and ran the business faithfully until his retirement in 2020. Read the obituary in the Seattle Times here and learn more about Pure Food Fish in the Washington Jewish Museum here.

Donate to WSJHS in memory of Solly Amon.